Incredible tragedy in Germany with 81 dead from floods and 1,300 missing 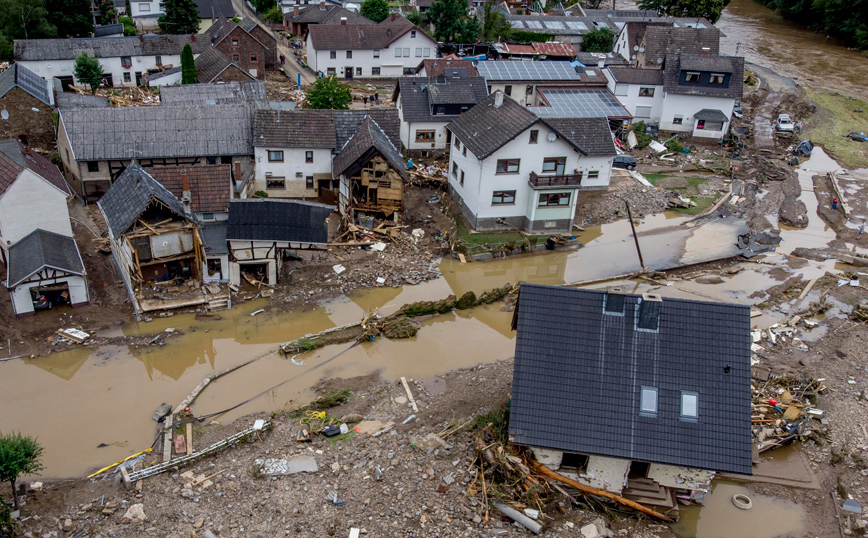 The images from the national tragedy in Germany, where 81 people have lost their lives, are shocking, according to the latest report on the number of victims. About 1,300 people are missing.

Authorities fear the death toll could rise. According to a spokesman for the Rhineland-Palatinate Ministry of the Interior, there are 50 dead in the state, while North Rhine-Westphalia authorities put the death toll at 31.

In addition, the Federal Office for Civil Protection (CBC) announced this morning that 23 towns and villages in North Rhine-Westphalia have been affected by floods, with hundreds of homes severely damaged, roads and bridges out of order and serious problems with electricity and drinking water supply.

Rail traffic has been disrupted in many parts of the network in the wider west Germany and the authorities are constantly appealing to the residents of the area, who have been evacuated for security reasons, not to try to approach their homes. Special care is taken to evacuate food to nursing homes and rehabilitation centers, however, nine people from such facilities have already lost their lives and many more are still missing.

The mobile phone network is also out of order, which, according to the police authorities, leaves hope that many of the missing are safe, but can not communicate.

On the part of the federal government, Environment Minister Svenja Sulce speaks of “national tragedy” and stressed the need to address the problems that have arisen “quickly and without bureaucracy”, with the support mainly of local communities.

He added that “bad weather shows that climate change has reached Germany as well”, as he said, “we have seen historically large amounts of water”.

According to BILD and as broadcast by the Athens News Agency, in the area of ​​Rhineland – Palatinate and Saarland, there is a possibility of new rainfall today.

The German Meteorological Agency (DWD) issued an emergency warning this morning for local thunderstorms throughout the region.