JP Morgan: Maintains a neutral stance on Greek stocks – The ‘weapons’ that will support the bull case in Greece

JP Morgan maintains a neutral stance on Greek stocks in the markets of Central and Eastern Europe, the Middle East and Africa (CEEMEA), but expects a 30% jump in earnings per share of Greek listed companies this year, which is the second best performance in Greece. eurozone after 38% of Portugal.

According to the American bank from the CEEMEA region, investors should prefer the “value” sectors, ie banks, energy and raw materials, be underweight in stocks and growth sectors, such as technology and maintain a neutral stance on basic consumer goods and luxury goods, industry and telecommunications. From the markets of the region, JP Moran maintains an overweight position only in the market of Saudi Arabia, while it is underweight in South Africa and neutral in Greece, Turkey, Czech Republic, Poland and Hungary.

For the Greek market in particular, he states that the positive for the shares, which will support the bull case, is the fact that some Greek banks will record ROE equity returns of more than 10%, while Greece also benefits from the fact that belongs to the Eurozone and will receive strong support from the funds of the Recovery Fund that have begun to flow. In addition, as JP Morgan points out, Greek stock valuations are low. 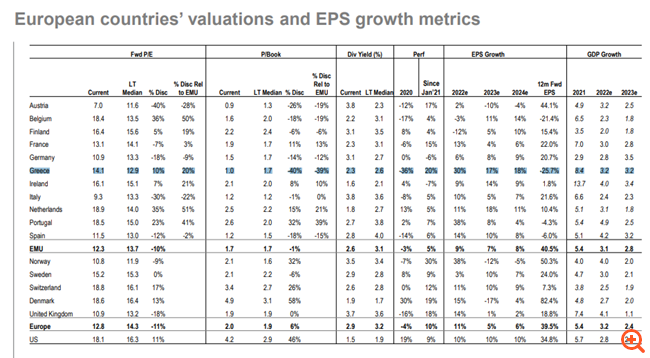 On the negative side, the fact that the increase in profitability in the long run is a significant challenge for Greek listed companies. However, it predicts an increase in earnings per share (EPS) this year of 30%, 17% increase in 2023 and 18% in 2024. The current dividend yield of the Greek market is placed at 2.3% and at a 12-month level at 3.8% , while the p / e index at 14.1x and the price index to book value p / b at 1x. Regarding the course of the Greek economy, JP Morgan estimates that growth this year will move to 3.2% and will be maintained at the same levels in 2023. 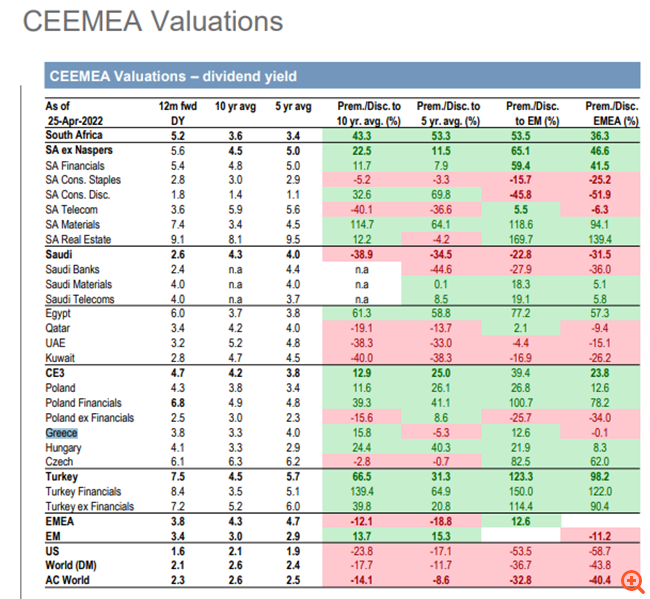 At the same time, JP Moran is positive for the markets of the Eurozone region, as although it is optimistic about the course of all the markets in the region, it prefers the region, to which Greece belongs, from the core markets. It acknowledges that its positive stance on the eurozone is unlikely to work as long as the Russia-Ukraine war continues, but believes that in the long run the eurozone looks attractive.

In the relevant P / E measurement, the Eurozone is trading not far from a record discount to the US, which was last observed in the worst period of the Eurozone debt crisis. The Eurozone scenario, he points out, looks very encouraging in terms of vaccinations, the underlying growth rate until the geopolitical crisis hits and the level of political support.

In addition, the Recovery Fund has been implemented and the labor market is strong, with new low unemployment rates. If real interest rates rise, this would be a relative positive wind for the region, as well as a turning point for the better in China.

Within the Eurozone, JP Morgan prefers domestic plays to shares of exporting companies and the core region – the region will benefit significantly, he said, from the EU Recovery Fund, which has already been implemented. 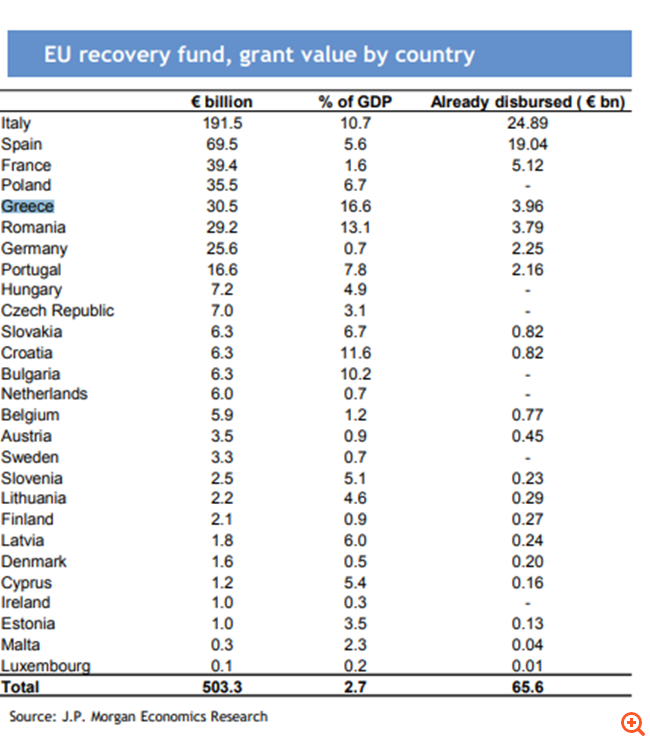 The JPM’s view remains that the recession is unlikely, even in the eurozone, which is most affected by the war in Ukraine, with growth set at 3.1% this year.

At the same time, it maintains a neutral stance on the US due to very high valuations and estimates that it will have the worst returns if the technology industry’s underperformance continues, although the US remains a safe haven for investment amid extreme geopolitical uncertainty.

Samsung Pro Endurance microSD cards can last up to 16 years

EUR/USD trims gains and falls towards 1.0400 on a quiet day