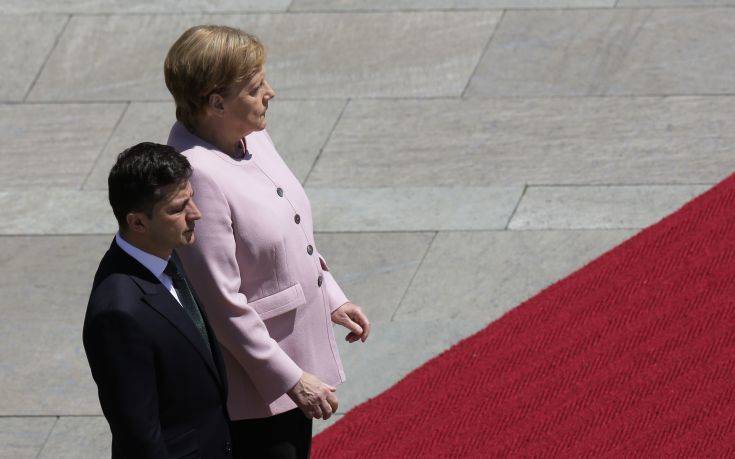 The reason behind her trembling Angela Merkel shocked in the fall of 2019 revealed by Jean-Claude Juncker.

Merkel ruled Germany for 16 years and managed to overcome many crises with her maneuvers, known for her endurance and perseverance, however in the fall of 2019, the image of the Chancellor trembling caused controversy.

Everyone remembers the pictures with Merkel trembling for a few minutes during official visits and press conferences. Her longtime political companion in Europe, Jean-Claude Juncker, is now solving the riddle of the chancellor’s trembling.

In the RTL documentary “Angela Merkel – her course, her secrets and her future”, Juncker says the chancellor told him after the second tremor as he stood: “I am afraid now that this will happen again and again. It was very embarrassing for her to have to sit for a while while welcoming visitors from foreign countries. The main reason, however, was not psychological or mental, but rather a latent overwork. “This woman worked 17 and 18 hours a day, even the most experienced men can’t stand it.”

«It is known that Merkel manages with a little sleep and that she negotiates for hours. He negotiated, for example, with the prime ministers of the states during the coronavirus crisis until late at night. “She once said that she can save sleep, as a camel can do with water.”

“I have experienced it in many overnight negotiations, it was full of energy. “One has to possess this in international politics, to be able to take a short nap to have a stock of energy,” Juncker said.

What will Juncker remember from Chancellor Merkel? “Sometimes he comforted me when I was on the verge of despair. “He was telling me: Jean-Claude, strength lies in calm.”

The video with the trembling of Angela Merkel: