Nvidia RTX ray tracing on the Arm platform. The company showed a demonstration of work on the MediaTek platform 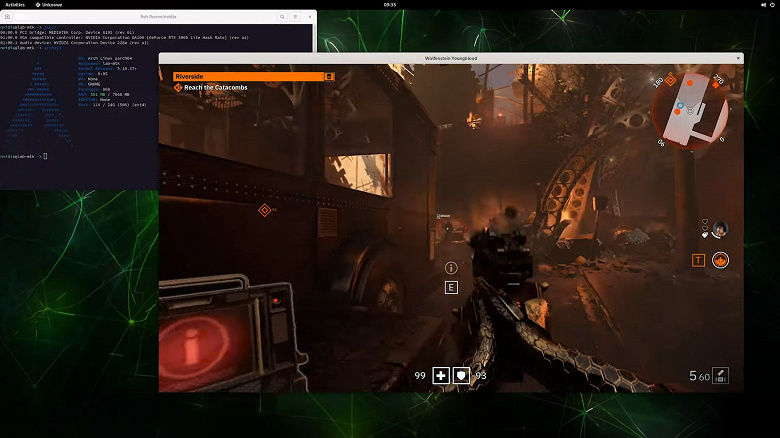 Nvidia showed a video and talked about how RTX ray tracing technology works on the Arm platform. For the demonstration, the game Wolfenstein: Youngblood and the demo The Bistro were used.

The main highlight in this case is that it all works on the Arm platform. More specifically, the heart of the platform is the MediaTek Kompanio 1200 (MT8195) processor, a six-nanometer SoC for Chromebooks containing four Cortex-A78 and four Cortex-A55 cores. But, of course, it was not the GPU Mali-G57 built into the platform that was responsible for graphics processing, but the discrete GeForce RTX 3060.

In general, this is made possible by the fact that Nvidia has extended support for its software development kits to implement Nvidia RTX on Arm platforms and Linux. It should be added that in the case of Wolfenstein: Youngblood, DLSS technology was also involved.