Due to the fact that the love of human beings for furry ones is manifesting itself more and more, since they are considered by many to be part of their family, organized crime decided to take advantage of the situation, since now there are gangs of pet kidnappers.

Unfortunately, snow, a nine-month-old Siberian husky dog, was the victim of one of these criminal gangs, since she was kidnapped for two long months in the state of Florida, United States. Through the official Facebook page of the Miami-Dade County Police Department, the story of the beautiful puppy was released.

Snow, a nine-month-old husky, was reported missing by his owner two months ago. Last night our Midwest District Sergeant Grisell Fernandez was able to find Snow and reunite her with her owner! Puppy kisses say it all.

In an interview with The dodo media, Sergeant Fernández commented that the case of this puppy is still under investigation, since the exact circumstances that led to her disappearance are unknown.

It got personal. It was like looking for a needle in a haystack. I felt super happy. I still don’t believe it, but I’m so happy that my persistence paid off. 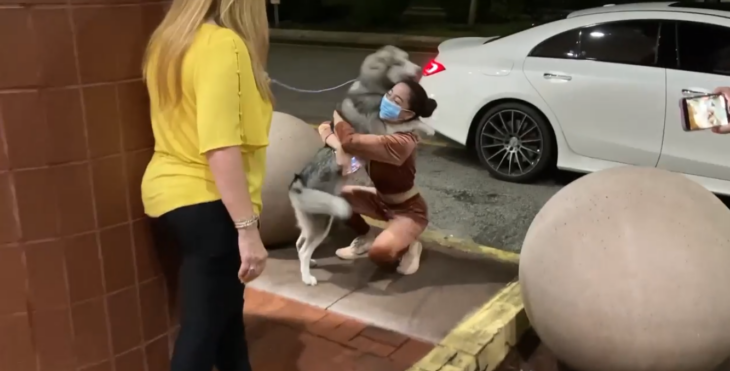 At the moment the little snow met her owner, she couldn’t stop showing her love, because she felt very happy to be with her again. At last that horrible experience was behind him.

Although this story had a happy ending, the reality is that in most cases in which a pet disappears, its whereabouts cannot be found. Sadly, in addition to the usual dangers that our little pets face when they get lost, now it is added that criminals are taking advantage of the affection we have for them to do dirty business with them.

- Advertisement -
Share
Facebook
Twitter
Pinterest
WhatsApp
Previous article
Amber Heard demands that her insurer pay the money she owes to Johnny Depp
Next article
He manages to sneak into the party where Bad Bunny was; they mistook him for a guard

Uproar in Colombia: A judge appeared half-naked and with a cigarette in a meeting