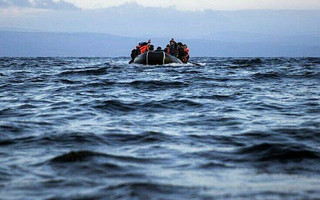 There are at least 430 migrants who crossed the Channel on Monday (20/7) aiming to reach Britain, as announced by the British Ministry of Interior.

This is a new daily record set while parliament is considering a bill to tighten the asylum system.

The previous daily record was 416 Immigrants and was recorded in September 2020, according to the British news agency PA.

According to the BBC, almost 8,000 people with about 345 boats have reached the English coast since the beginning of the year, despite the announcement of London that it will close this migration route and the repeated calls of Paris to address the phenomenon.

According to Governor Dan O’Mahoney, in charge of the “immigration threat” in the English Channel, Britain is facing “an unacceptable rise in the flow of the Channel with small boats due to the rise of irregular migration in Europe”.

“People should seek asylum in the first safe country they arrive “and not to endanger their lives with this dangerous voyage”, stressed the British Ministry of Interior as broadcast by the Athens News Agency.

Meanwhile, British MPs are considering a bill tabled by Home Secretary Pretty Patel this week to reform the asylum system.

Patel has called it “fair but strict,” but human rights groups have criticized it. The bill aims to discourage irregularities immigration and provides for the different treatment of asylum seekers based on whether they arrived in Britain legally or illegally.

During yesterday’s debate in Parliament the former Prime Minister of Britain Teresa May, who has also served as Home Secretary, has warned against setting up reception centers for asylum seekers outside Britain until their request is considered. She noted that during her tenure she considered the issue and rejected it for “practical reasons”.

The bill also provides for an increase to four years, from the current six months, to imprisonment for immigrants trying to enter Britain illegally, and to increase the maximum sentence for traffickers to life imprisonment – up from 14 years now.