The second round of dialogue on Kosovo in Brussels failed 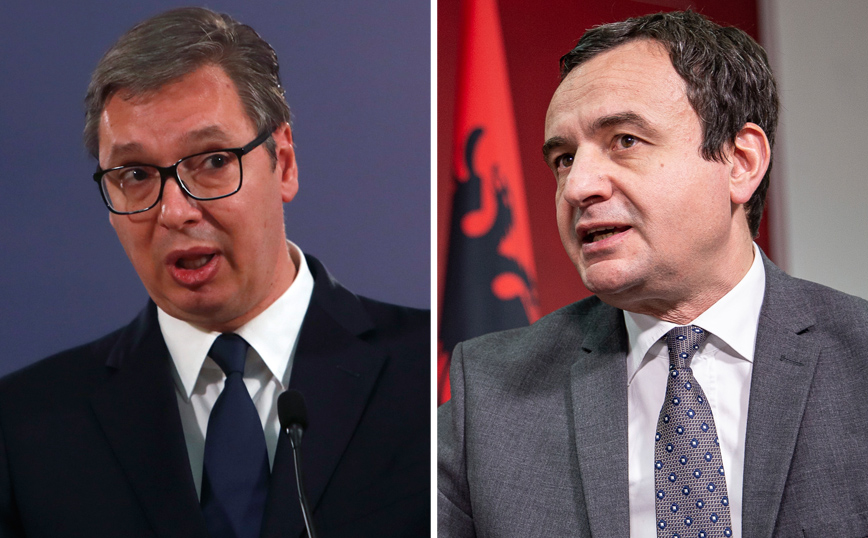 No progress was made during today’s (19/7) meeting on Brussels of Serbian President Aleksandar Vuτςiού and his Prime Minister Kosovo Albin Kurti.

The meeting, according to the APE-MPE, took place, under the auspices of the European Union, in the context of the dialogue to normalize Belgrade-Pristina relations.

According to the Serbian president, after the meeting, the Kosovo delegation insisted on issues related to the distant past and were not included in the pre-agreed agenda. In particular, according to Vuτςi., Kurti asked Serbia to recognize as a genocide of Kosovo Albanians the behavior of the Serbian state in 1878 at the Berlin Congress, as well as during the Balkan wars and most recently in 1998-1999.

The Serbian president denounced the Kosovo delegation as “trying to endure the dialogue, make the process meaningless and eventually leave”. Aleksandar Vucic called Pristina’s behavior irrational and expressed concern about the Serb population in Kosovo.

Kosovo Prime Minister Albin Kurti in his statements blamed the Serbian side for the failure of the meeting. The Kosovo prime minister said Vucic refused to sign a joint statement to avoid actions that would provoke tensions because the text included a phrase about the need for Serbia to honestly face its past.

A new round of dialogue is likely to take place in late August.

A project “sanitary shield” has been developed in Russia: a vaccine against any infection will be created in 4 months

In WhatsApp, you can test sending photos without heavy compression