The US dollar is about to close its worst daily performance in a few months with a sell-off of almost 1.8%. USDCAD has extended its reversal from Thursday’s high of 1.3800 to levels below 1.3500 for the first time since late September.

A mixed employment report has hit the US dollar

The unemployment rate, however, has risen to 3.7% from 3.5% in September, above the 3.6% consensus, while hourly earnings rose to 4.7% in October from 5% in September. These figures suggest that labor market conditions may be softening, which has dampened expectations of further aggressive rate hikes by the Fed.

The US dollar, which had been rising since Wednesday after US Fed Chairman Jeremy Powell reiterated the need for further monetary tightening, fell like a stone on Friday on the first signs that the Fed’s monetary policy could be starting to have an effect.

The daily chart shows the pair reaching the area where the neckline of a head and shoulders pattern formation meets the 50-day SMA at 1.3500.

A clear break of that area would trigger the H&S pattern, and could push the pair towards 1.3200 (1st and 7th Sep highs and 100-day SMA) and then probably the psychological level of 1.3000. 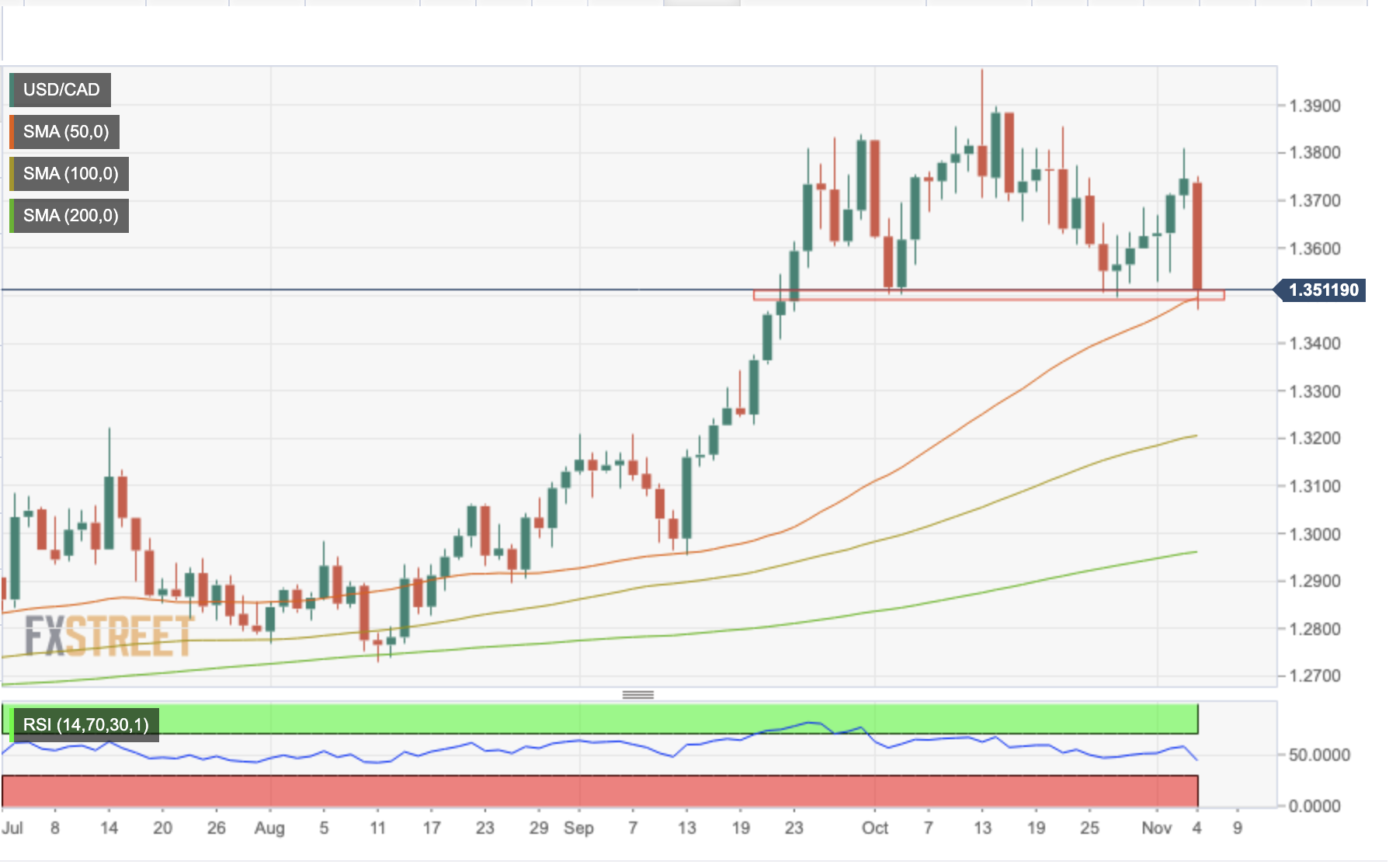