USD/JPY Price Analysis: Bears enter the picture, but there is still work to be done

The USD/JPY rallied on Tuesday and took out the symbolic level of 142, marking a new 24-year low as the US dollar came back to life and as the gap between Japanese monetary policy and its peers widened. USD/JPY reached the highest levels since August 1998.

Japanese Finance Minister Shunichi Suzuki was very bullish on the currency, but that didn’t stop it from falling to its lowest level in 24 years on Tuesday. He reiterated that the yen’s sharp moves were “undesirable” and that he viewed the growing volatility in the foreign exchange market with a “great sense of urgency.”

“It is important that currencies move steadily, reflecting economic fundamentals,” Suzuki told reporters at the Finance Ministry. Asked to comment on the impact of a weak yen on the economy, Suzuki said “a weak yen has both merit and demerit, but sharp moves are not desirable.”

The yen has plunged almost 20% since the beginning of the year, due to divergent monetary policies between Japan and the United States. However, the Reserve Bank of Australia has also raised rates this week and the focus will be on the European Central Bank, which is expected to pull the trigger again, with the possibility of raising as much as 75 basis points.

Meanwhile, the US dollar has been one of the main culprits behind the extreme moves in the forex market this week. On Tuesday, data was once again the catalyst as the ISM services index for August beat expectations to come in at 56.9 (56.7 previously, 55.3 expected). “The data complements the strength in the labor market and suggests the economy remains some distance from recession,” analysts at ANZ Bank said. 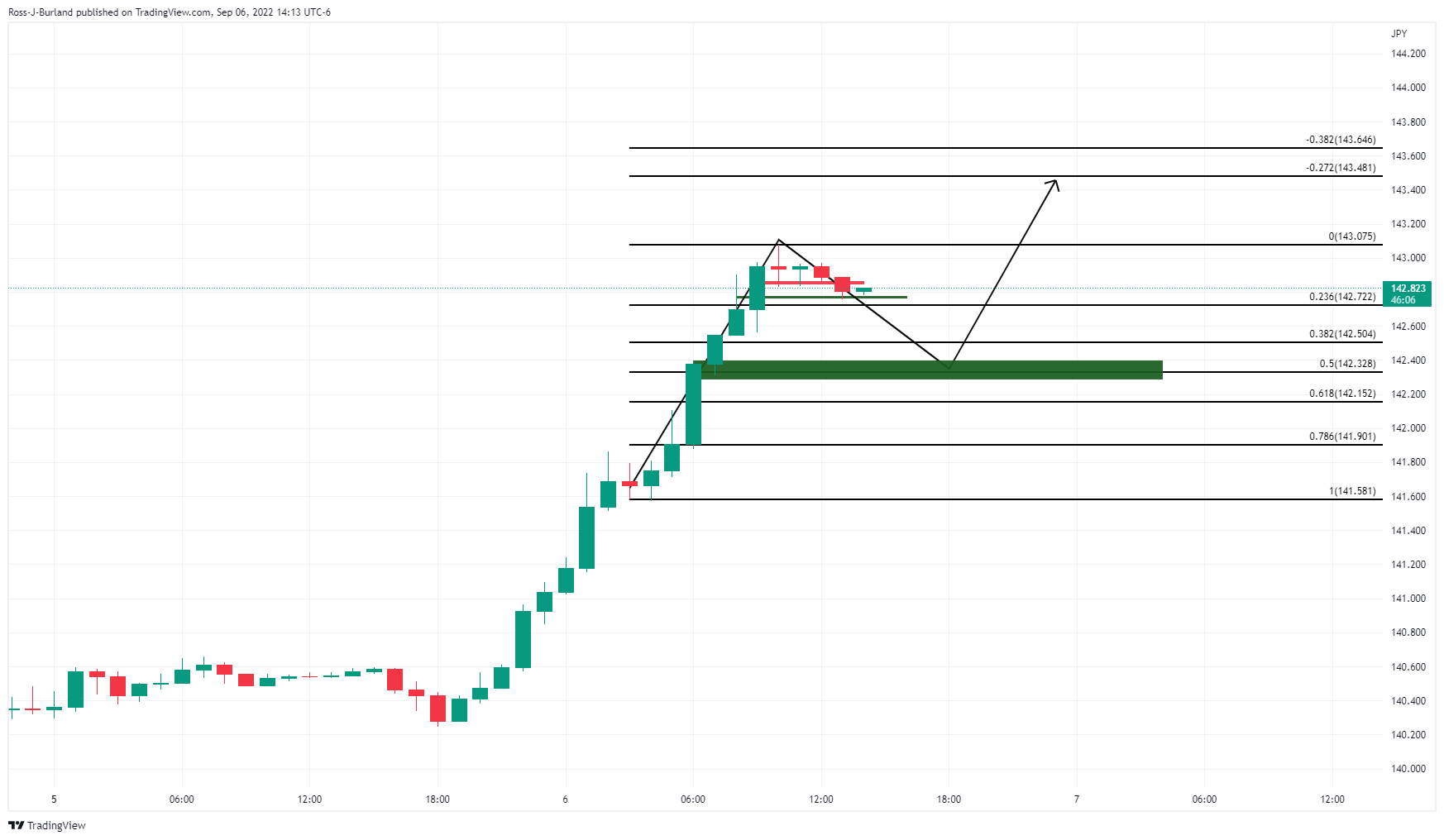 The price could see some corrective activity today and the 50% mean reversal level is signaled by the first three hours of the Wall Street high.

From a 15 minute time frame, the top formation is more convincing, but a correction to 61.8% could still be on the cards to retest support from the top formation. From there, a downward extension of the bearish breakout momentum could ensue. 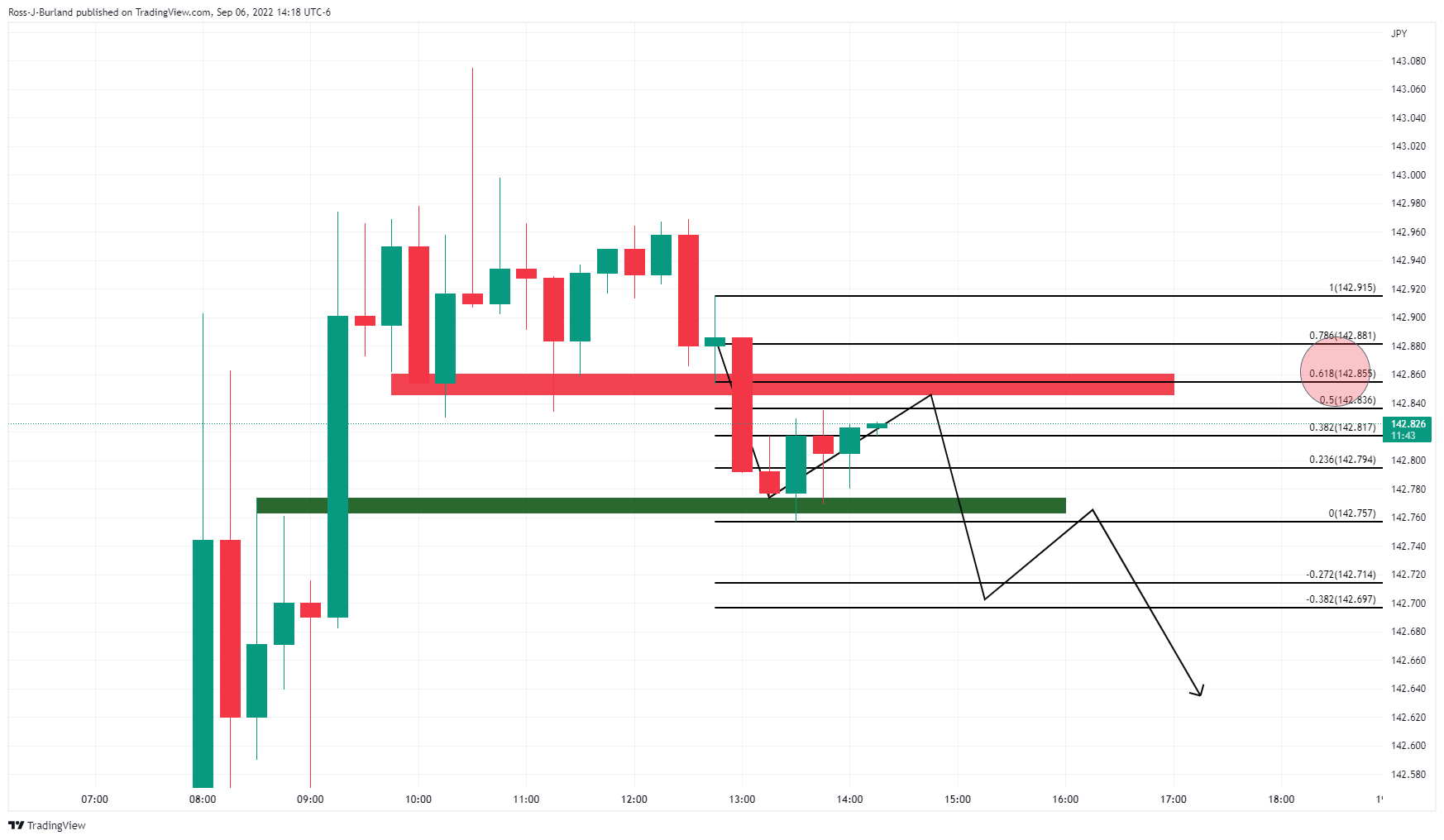