How will the future update affect the price of Ethereum?

Many members of the crypto community are wondering how ETH will behave after the transition of the main cryptocurrency network from PoW to PoS algorithm. Here’s what the experts think about it.

Is the move to PoS included in the ETH course?

The opinions of members of the crypto community about how Ethereum will behave against the backdrop of a change in the algorithm have diverged.

Arguments in favor of the fall of Ethereum 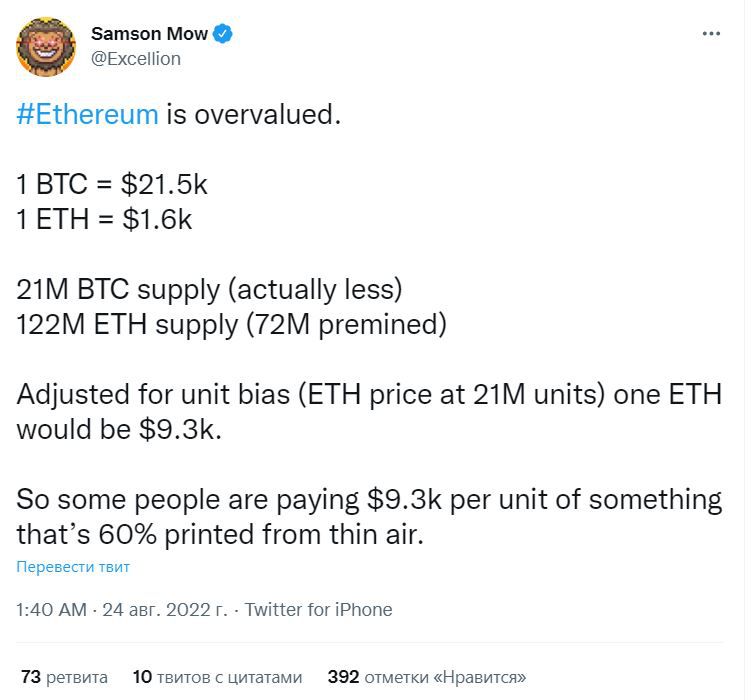 Popular Ethereum developer in the crypto community, founder of The Daily Gwei and ethhub.eth Anthony Sassano criticized post by Samson Moe. Pixelmatic’s CEO’s suggestion that ETH is overvalued, he called “one of the dumbest things he’s ever read.” Criticism of Samson Moe joined The Block analyst Larry Cermak.

Many members of the crypto community agree with the opinion that the real value of ETH is lower than the current quotes. According to some users, moving the cryptocurrency network to PoS will lead to the fall of Ethereum. 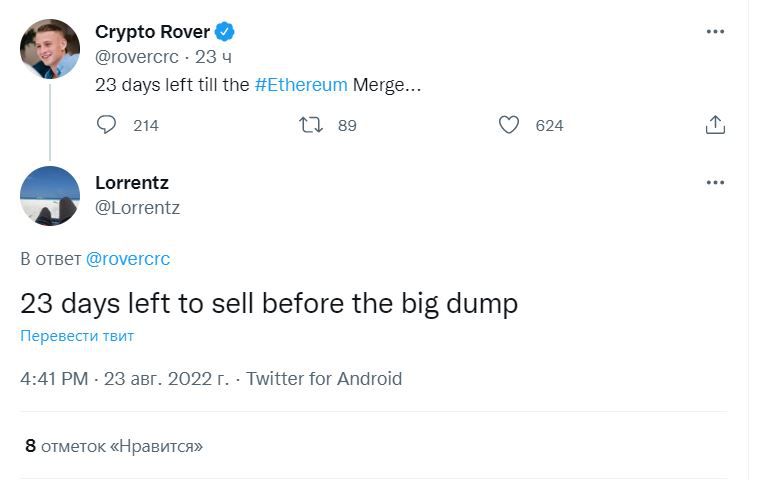 Analyst, leading microblog under the nickname Inmortal, representapitchfork forecast for Ethereum, based on the analysis of cryptocurrency behavior patterns in the previous cycle – after the 2016 halving. In case the coin goes the same way, ETH will make new lows in November 2022. The growth phase, according to his logic, will begin no earlier than July 2024 – after the next halving.

With the view that ETH will go down, agreed analyst Benjamin Cowen. He visualized the movement of Ethereum through a logarithmic scale. Its signals suggest that ETH has not yet dropped to lows in this cycle.

Votes for further growth of ETH

Results of a number of surveys showthat investors do not exclude the growth of ETH above $2100. 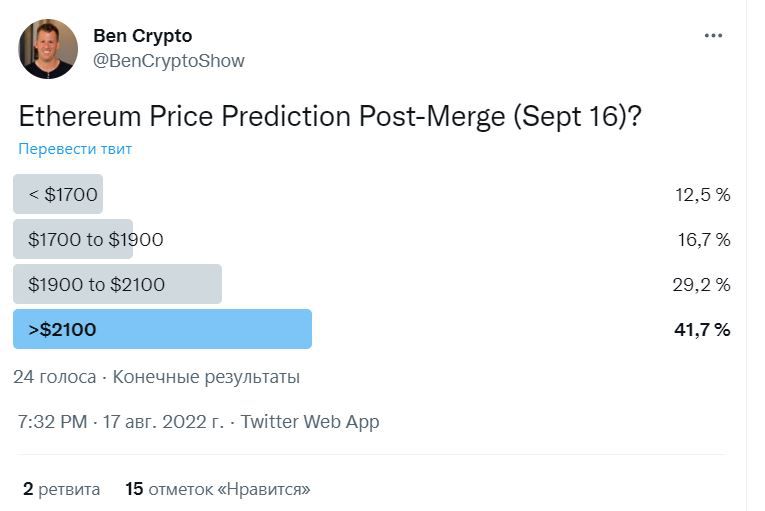 The growth potential of ETH is also sees a popular blogger in the crypto community Crypto Jack.

Market participants have not come to a consensus on the prospects for ETH. The Ethereum forecast against the background of The Merge implies a possible fall of the cryptocurrency. Many believe that the current ETH quotes are overpriced.

Some market participants, on the contrary, see the potential for the growth of Ethereum against the backdrop of a change in the algorithm.