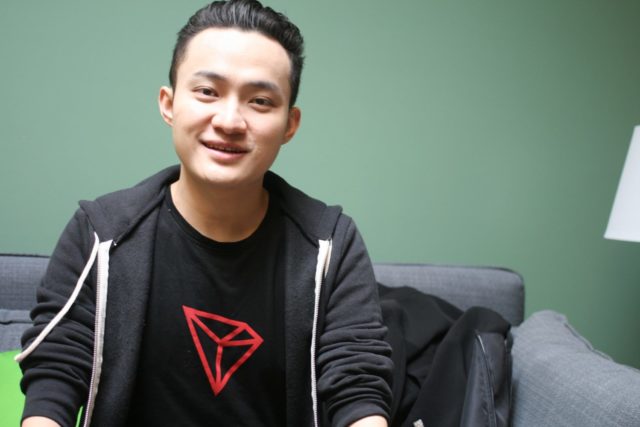 Tron founder Justin Sun has pulled a significant portion of the liquidity from the pools of the DeFi Aave protocol. The Block analyst Igor Igamberdiev drew attention to this.

Looks like a stable bank run from @AaveAave v2

Mainly thanks to @justinsuntron😎 pic.twitter.com/CXSQeB30mB

The liquidity withdrawal has led to an increase in interest rates. Sun could have taken such a step because of a Twitter discussion about the existence of a vulnerability in Aave.

Earlier, yEarn.Finance creator André Cronier noted that “Aave is vulnerable to the same exploit” that affected Cream Finance and resulted in a loss of $ 130 million.

According to the developer under the pseudonym banteg, the vulnerability in Aave could result in “11-figure losses.”

Maybe don’t bad mouth other projects while sitting on an 11 figure vulnerability.

Banteg later clarified that the exploit was possible “for 160 days in the past, but not now.”

It has some very specific liquidity requirements. From my analysis, it was possible for a total of 160 days in the past, but not currently.

None of the developers have published evidence of a vulnerability in Aave. After the discussion, the founder of the project Stani Kulechov called on the crypto community to stick together and support each other.

Everyone in DeFi is in the same boat. We all want to make finance more fair, transparent and impactful to empower the next wave of users. Building DeFi is hard and communities have their differences. Lets work together, support each other and most importantly win together. WGMI❤️

“Everyone at DeFi is in the same boat. We all want to make finance more fair, transparent and efficient. […]… Let’s work together, support each other and, most importantly, win together, ”he wrote.

Aave representatives acknowledged concerns about the possible use of xSUSHI as collateral in the protocol. However, it is unclear if this is the vulnerability that the developers talked about.

1/7 Today @gauntletnetwork submitted an AIP proposing to disable the borrow function for $xSUSHI and $DPI on V2 of the Aave Protocol as a precautionary measure. The AIP also will disable borrowing of AMM LP tokens on the Aave Protocol AMM Market as an extra safeguard. A thread👇

“Community members are closely monitoring the situation and are working together to secure the DeFi ecosystem while continuing to secure the Aave protocol,” the post said.